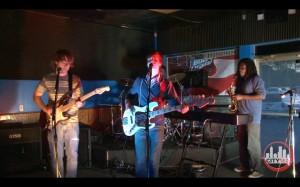 The band began as a teen hard rock power trio in 2007. Founding members Mark Humphrey (guitar/vocals) and Daniel Humphrey (bass/vocals) teamed up with a drummer to win contests and play biker shows at ages 13 and 12. With emphasis on Mark’s virtuoso guitar playing, and vocal harmony between Mark and Dan, they quickly became a favorite among the Indiana biker community. From the beginning, they played shows with a high percentage of original songs, mixed in with classic rock covers.