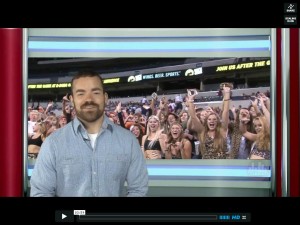 This past week City360.tv traveled downtown Indianapolis to Lucas Oil Stadium to catch two class 6A football teams. Carmel and Lawrence Central High Schools. Both teams are past state champions.

With Carmel winning the past two times when head to head with LCHS, number 1 ranked Lawrence Central LCHS was the clear favorite against number 7 ranked CHS this go around.

In a great game between the two former state champs, Carmel was able to take the lead 3-0 in the first half and held that lead until a 59-yard run by Redfern with less than 1 minute left in the 3rd quarter gave LCHS the lead. Carmel High School took the lead again in the 4th quarter and was able to hang on for a 17-7 win against highly favored Lawrence Central High School.

Watch the video for a full recap of the game.