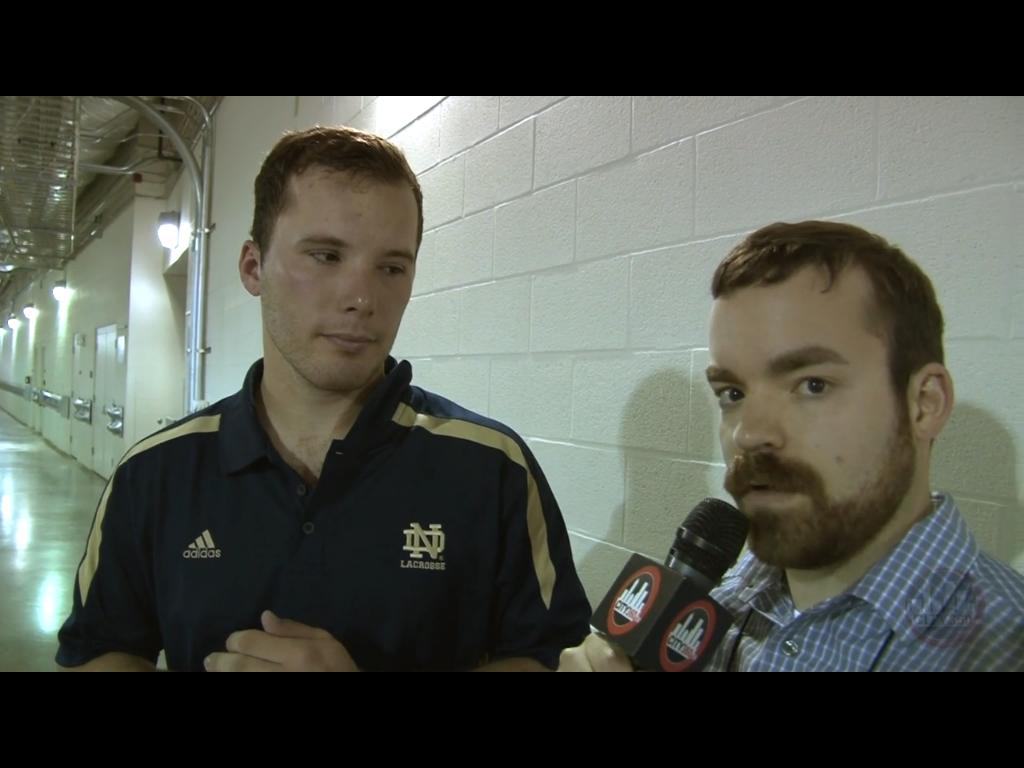 In a hard fought battle between these two NCAA Lacrosse powerhouses, Duke ended up with the win over Notre Dame with a 12-11 final score.  For a play by play review of the NCAA Lacrosse game, CLICK HERE to see the detailed stats on the NCAA’s official website.

In an article written by the Associated Press on the official NCAA Lacross website, the following was reported:

INDIANAPOLIS – David Lawson scored his career-best fifth goal with 2:16 remaining to lift Duke to a 12-11 win against Notre Dame in the Division I Men’s Lacrosse quarterfinals Sunday.

The Blue Devils (14-5) advance to play Cornell in Saturday’s national semifinals in Philadelphia. It will be Duke’s

“I am extremely proud of our guys from beginning to end,” Duke head coach John Danowski said. “We wanted to play for 60 minutes. We certainly don’t script these endings, last week or this week. We just wanted to play the game. Kyle Turri, while he didn’t have a great day in the goal statistically, comes up with a big save on the outlet. He keeps his poise and allows us to score the tying goal.”

Duke, which now has posted consecutive one-goal victories in the NCAA tournament, will be making their seventh consecutive trip to the semifinals. The Blue Devils won the national championship in 2010.

“We try not to think about that,” Lawson said of the semifinals streak. “You try not to get nervous about being the first team not to get to a [national semifinals] under Coach Danowski. But we’re obviously very happy about it.”

To read the article in its entirety, CLICK HERE.

Watch the video with Derek to see how the players of ND’s NCAA Lacrosse team feel about the game.

Thank you for tuning into our webisode covering the NCAA Lacrosse 2013 Quarterfinals between Duke and Notre Dame.  We hop you enjoyed your stay!