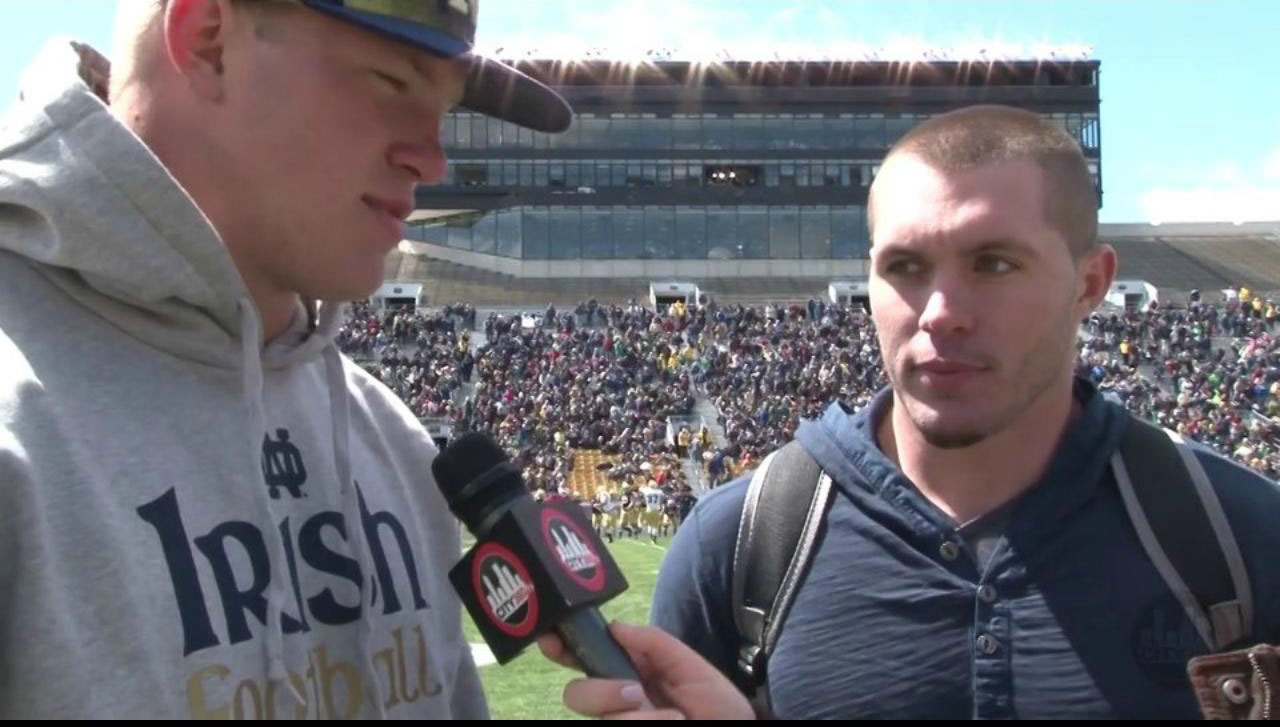 According to Patrick Vint from SB Nation:

The 2013 Notre Dame Blue-Gold Spring Game is in the books, with the Blue (defense) defeating the Gold (offense) 54-43. The Irish offense struggled to find its footing in the first half, with returning quarterback Everett Golson generally ineffective. A clearly frustrated coach Brian Kelly told the NBC sideline reporter that Golson had reverted to some of his “playground football” tendencies.

The highlight of the game came in the game’s penultimate series. Freshman quarterback Malik Zaire hit C.J. Prosise for a score, and Notre Dame sent out defensive tackle Louis Nix — who a mic’d Brian Kelly called “Irish chocolate” earlier in the game — for the two-point conversion. After shouting out what we presume was made-up reads to his receivers, Nix took the snap, faked a pass, and rumbled through the line for the conversion.

Thank you for watch our video today and we hoped you enjoyed it!  Please come back as we will be posting new and updated videos regularly!