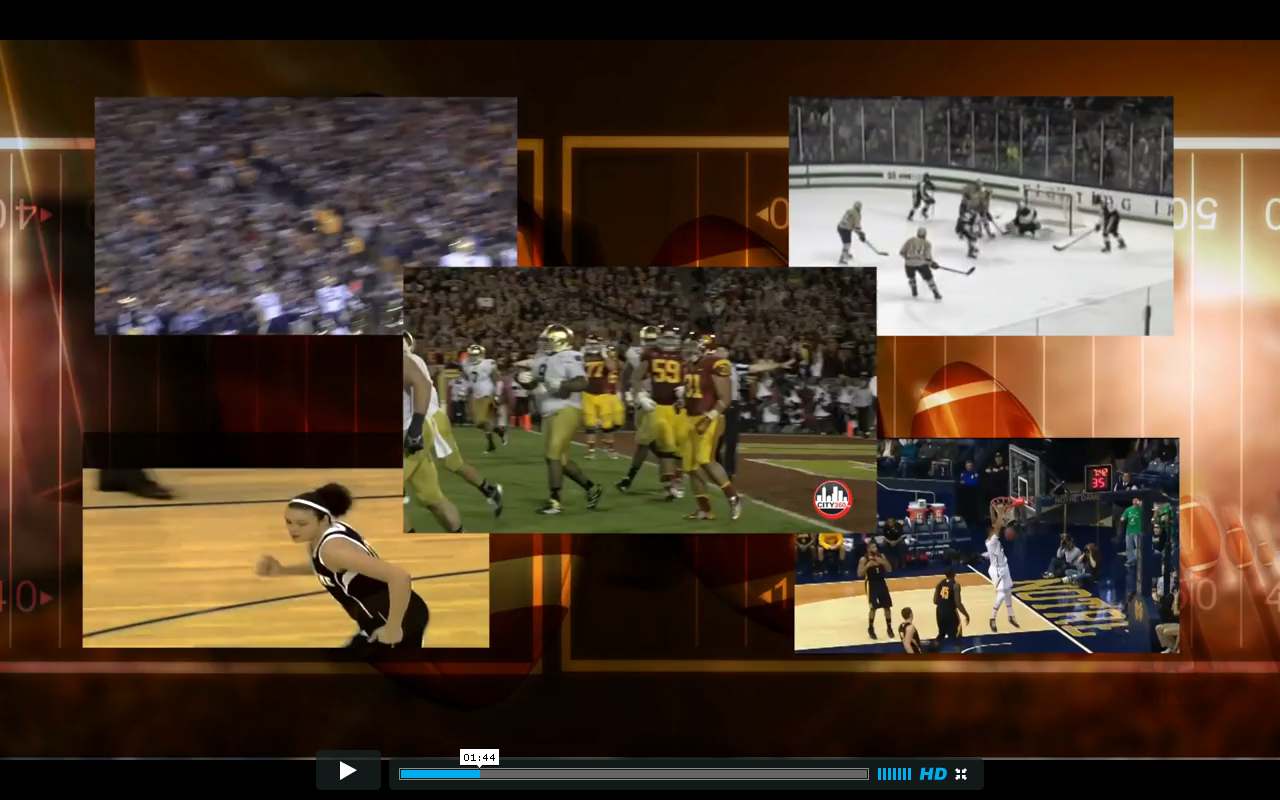 When Notre Dame and Louisville saw they were playing each other on February 9th, it’s fair to assume neither team predicted it would be one of the most entertaining, fun, hard fought basketball games in all of college basketball for the 2012-2013 season.  In a nail biting 104-101 victory, the Blue and Gold Fighting Irish triumphed in a 5 overtime victory over the Cardinals.

The second ranked Irish Ladies, also are a final four favorite with a 22-1 record, trumps number 10 Louisville in their head to head heat as well. Coach McGraw also became the 13th coach in Division I history to reach the 700-victories with the Lady Irish victory over Villanova on Tuesday night.

Watch Derek’s interview with San Francisco’s number 93 DT Ian Williams as he discusses the 49ers game against the Baltimore Ravens and relives some of Ian’s experience as number 95 on the Blue and Gold Notre Dame Fighting Irish football team.